NEW YORK — Antivirus software entrepreneur John McAfee was indicted on fraud and money laundering conspiracy charges alleging that he and cohorts made over $13 million by fooling investors zealous over the emerging cryptocurrency market, authorities said Friday.

McAfee, 75, was charged in a newly unsealed indictment in Manhattan federal court along with Jimmy Gale Watson Jr., who served as an executive adviser on what prosecutors described as McAfee’s “so-called cryptocurrency team.” 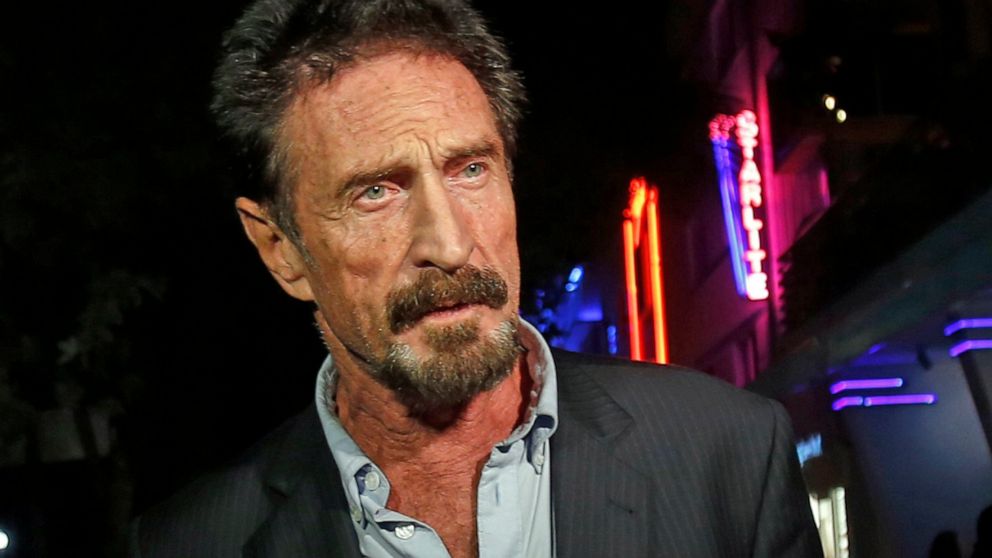 Prosecutors said Watson, 40, was arrested Thursday night in Texas and would make an initial appearance Friday before a federal magistrate judge in Dallas. McAfee, authorities said, is detained in Spain on separate criminal charges filed by the U.S. Justice Department’s tax division.

Attorney Arnold Spencer, representing Watson, said his client is a decorated former Navy Seal. “He fought for other people’s rights and liberties, and he is entitled to and looks forward to his day in court to exercise some of those very rights,” he said in an email.

“Criminal indictments are blunt instruments, not precise scalpels,” Spencer added. “This is not the right place to debate whether cutting edge technologies like cryptocurrencies are securities, commodities, or something else.”

It was not immediately clear who might represent McAfee. There was still no lawyer in the Memphis, Tennessee, federal court where tax charges were lodged against him in October.

“McAfee and Watson exploited a widely used social media platform and enthusiasm among investors in the emerging cryptocurrency market to make millions through lies and deception,” U.S. Attorney Audrey Strauss said in a statement describing crimes in 2017 and 2018.

“The defendants allegedly used McAfee’s Twitter account to publish messages to hundreds of thousands of his Twitter followers touting various cryptocurrencies through false and misleading statements to conceal their true, self-interested motives,” she added.

In October, McAfee was charged in Tennessee with evading taxes after failing to report income made from promoting cryptocurrencies while he did consulting work, made speaking engagements, and sold the rights to his life story for a documentary.

McAfee developed early internet security software and has been sought by authorities in the U.S. and Belize in the past. The Tennessee indictment said McAfee failed to file tax returns from 2014 to 2018, despite receiving “considerable income” from several sources.

In July 2019, McAfee was released from detention in the Dominican Republic after he and five others were suspected of traveling on a yacht carrying high-caliber weapons, ammunition, and military-style gear, officials on the Caribbean island said at the time.

As Pell Grants open up for incarcerated students, programs ready for growth