The personal technology market is overdue for change; two vectors to watch are NVIDIA’s ARM acquisition and the forced cutoff of technology-sharing with China.  Both moves are inherently disruptive in and of themselves tactically, but strategically the implications are far more significant.

Let’s look at each in turn. 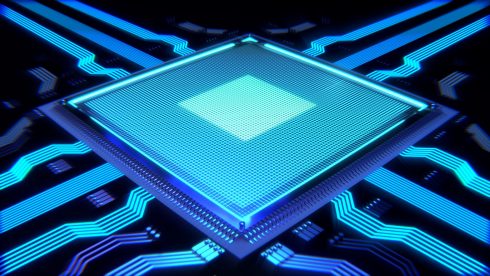 ARM has primarily lived on smartphones, tablets, and a host of growing IoT devices.  It is increasingly favored as an architecture due to its collaborative nature.  Intel is countering with a licensing strategy, but given the more collaborative nature of ARM founding much of the interest, that will likely be an inadequate response.

With NVIDIA’s acquisition, ARM will quickly move from the low power side of market opportunity to mainstream and even performance segments with new configurations and designs.  These new offerings will increasingly embrace NVIDIA’s Omniverse strategy, which focuses on creating a standard surrounding mixed reality that could eclipse Windows as a global platform — albeit tightly tied to various Cloud providers where much of the competition will emerge.

This effort will likely create a cloud/device synergy we have not yet seen because it was conceived during the market’s cloud pivot.  This pivot will disrupt where applications run and how people access them as the cloud continues to evolve into the universal back end for much of what we currently do on our devices.

I expect this to be a five-year window for change. This change will drive new hardware designs, new human/machine interfaces, and far deeper penetration of increasingly more capable AIs and Virtual environments, with Omniverse forming the core of that virtual effort.

Currently, the world technology market primarily revolves around the United States, but manufacturing capacity and economies of scale reside in China.  U.S. policies to cut China from legally obtaining technology rights and limiting the flow of information to China while forcing a decoupling of Chinese manufacturing resources are putting the country against a wall. However, China still maintains its inherent advantages and has ramped its ability to create technology over the last three decades sharply.

Governments, particularly elected governments, tend to act tactically, not considering the long-range implications of policies that too often address the symptoms of a problem and not the problem itself. That appears to be the case in this instance, as China will be driven to do what Japan did in the consumer electronics market and more aggressively develop alternatives to the U.S. technology they no longer access.

China represents one of the biggest threats to the current smartphone, PC, cloud status quo. Not only could easily transition that state to alternative technology standards but, once economies of scale are reached, could provide relatively inexpensive alternatives to the more expensive familiar smartphone and PC brands.

Finally, Apple’s antitrust troubles with its App Store could force a change in how applications are made available on consumer devices.  It has the potential of accelerating this shift in power and platform to China, depending on how much it weakens Apple’s control over its media.

NVIDIA’s takeover of ARM, coupled with its Omniverse strategy, promises to massively disrupt not only where our processing power resides but the very nature of what we do.  The goal is to digitize the world and create a virtual environment that, if successful, redefines how we compute and meet, interact, and collaborate.

Meanwhile, U.S. policy is forcing China to focus on creating alternatives to U.S.-driven platforms to remain relevant in the technology space and keep their factories operating at profitable levels.  Once economies of scale and quality levels are achieved, which should happen relatively quickly, these products should break out of the country with cost and price advantages due to China’s unique control of rare earth metals and traditional manufacturing cost advantages.  These anticipated trends have a high potential to result in a pivot of market control from the U.S. to China.

Individually, these two coming pivots are significant; together, they signal a level of market disruption we haven’t seen in decades and are expected to hit in the 2024 to 2026 timeframe.

Developers should monitor both activities — become familiar with NVIDIA Omniverse, and begin to develop a strategy that anticipates a China technology pivot as a hedge against this uncertain but undoubtedly disruptive future.