This week may be filled with news from Apple’s ongoing developer conference, but Google also has Android news to share. It’s releasing the second public beta of Android 12 today, and this update brings features that were announced at I/O last month, like Privacy Dashboard. It’ll also add kill switches for your microphone and camera, an indicator to show when those sensors are being used, and an updated look for the WiFi network settings.

Privacy Dashboard provides an overview of how sensors like your camera, microphone, and GPS are being used by apps on your device. It shows a chart at the top of how much they were used in the last 24 hours, followed by lists of all the apps that have access to each. You can also get a timeline view of sensor activity and ask why they needed your data from apps. 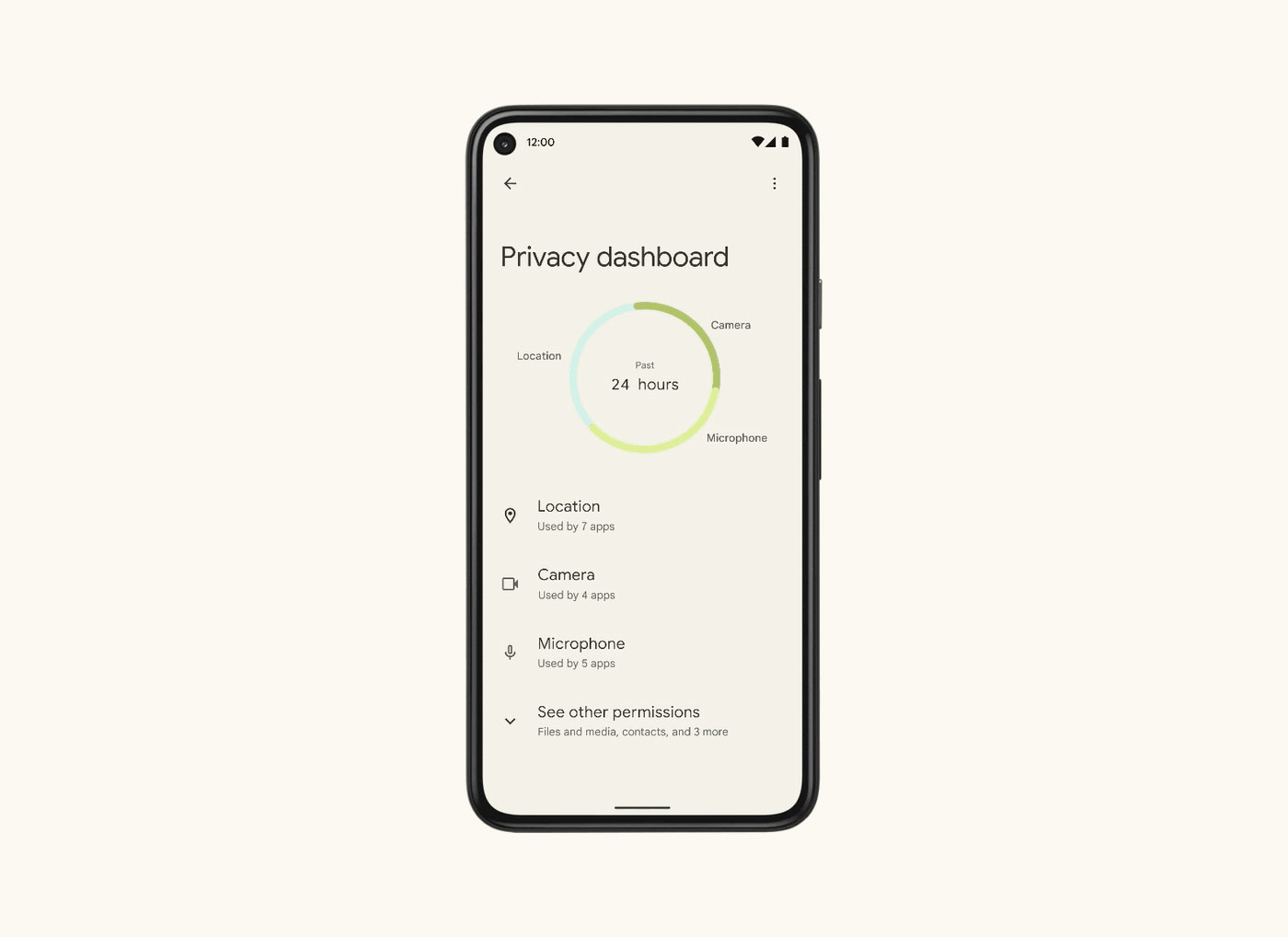 With the new toggles for your camera and microphone in the quick settings shade, Android 12 will offer an easy way to kill those sensors for more peace of mind that no one is nefariously listening to your conversations. When these are turned on, Google said apps “will receive blank camera and audio feeds, and the system handles notifying the user to enable access to use the app’s features.” Android 12 will also show a tiny dot in the status bar if these sensors are being used, so you’ll be aware if an app has turned on your mic, for example.

The other updates coming to the second Android 12 public beta include a tweaked interface that shows your available WiFi networks in a pop-up panel when you long-press the icon in Quick Settings. Before, you’d be taken to a separate page to see available connections, but the new experience lets you stay on the same page, with the pop-up window taking up only the lower two-thirds of the screen.

Android 12 will also be more transparent about what apps are getting info from your clipboard. This latest beta will display a notification at the bottom of the screen if an app other than the one from which you’ve copied something is reading that.

There are still significant changes coming to Google’s mobile OS that isn’t in the public beta yet, including the Material You design that will adapt your system’s color scheme to the wallpaper you’ve picked. Things like audio-coupled haptic feedback for richer or more immersive experiences are still awaiting developer implementation, too. But the second public beta of Android 12 does look like it offers a preview of more functional changes coming, especially on the privacy side. If you’d like to check them out and don’t mind using potentially unstable software, you can enroll in the beta on Google’s site. Those who were already registered will get the Beta 2 updates over the air today.

Did Apple just leak the name of its next M chip?