Developers can use the control plane to view and manage their organization’s apps and services across development, deployment, and production environments without needing to stitch together Kubernetes tools or needing to compromise productivity. 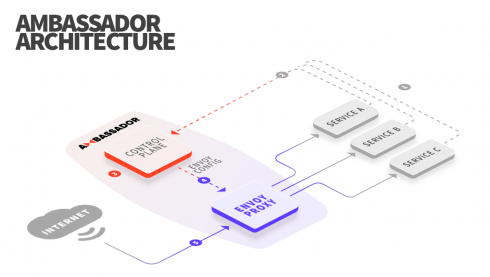 “Kubernetes has become an industry standard, and organizations are now faced with a dizzying ecosystem of cloud-native open-source tools. To deal with increasingly complex tool sprawl, companies have resorted to gluing together various homegrown systems to improve the Kubernetes developer experience,” said Richard Li, the CEO and founder of Ambassador Labs. “A modern developer control plane is necessary to accelerate Kubernetes adoption with less complexity, and our mission is to put one in the hands of every developer and at the heart of every organization.”

The new platform can also manage canary releases to quickly and safely ship updates since DCP is powered by the open-source project Argo and can integrate into existing GitOps workflows.

Contributors to Emissary-ingress, a CNCF Incubation project, now benefit from an overhauled contribution, release, and testing process, according to the company in a post that contains additional details.

KrakenD joins the Linux Foundation as the...