The nation’s largest, most influential doctors’ group is holding its annual policymaking meeting amid the backlash over its most ambitious plan ever — to help dismantle centuries-old racism and bias in all realms of the medical establishment.

The dissenters are a vocal minority of physicians, including some white Southern delegates who accuse the American Medical Association of reverse discrimination. 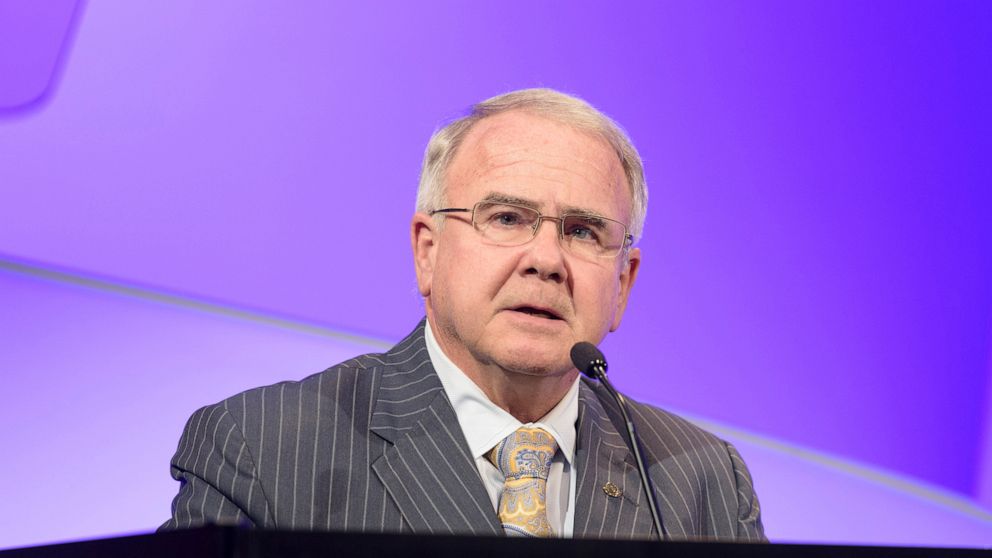 Dr. Gerald Harmon, the group’s incoming president, is a 69-year-old white native of rural South Carolina who knows he isn’t the most obvious choice to lead the AMA at this pivotal time. But he seems intent on breaking down stereotypes and said pointedly in a phone interview, “This plan is not up for debate.”

The six-day meeting that began Friday is being held virtually because of the pandemic. It offers a chance for doctors to adopt policies that spell out how the AMA should implement its health equity plan. But some white doctors say the program goes too far.

Announced last month, the plan is unusually bold for the historically cautious AMA, acknowledging that racism and white privilege exist in the medical establishment and have contributed to health disparities laid bare during the coronavirus pandemic.

Portions of the plan include the language of critical race theory, referencing the theft of native lands and centuries-old white supremacy. The dissenters took offense and attacked the goal in documents recently leaked online. One leaked draft of a letter intended for AMA executives called portions of the plan “divisive, accusatory and insulting.”

“White males are repeatedly characterized as repressive and to some degree responsible for the inequities. This … implies reverse discrimination,” the letter said. It was signed by Dr. Claudette Dalton, an AMA’s Southeastern delegation member, four other physicians, and five state delegations representing 68 AMA delegates.

Dalton said in an email that the draft letter was not sent, but she declined several requests for comment. Critics argue that the plan should be put up for a vote by delegates, but it reflects existing policies. It was developed by AMA executives and staff based in part on measures adopted at previous policymaking meetings. That includes a declaration last November that racism is a public health threat.

Harmon’s effort to knock down stereotypes includes reflecting on his own experiences. He described a recent encounter at a South Carolina hospital with an older Black man stricken with COVID-19 pneumonia. The man was getting better but was not very communicative and offered one-word primarily responses to questions.

The man’s name was familiar, so Harmon sat down at the bedside and probed. ‘”What kind of work did you do?’ ‘Mechanic.’ ‘What kind?’ ‘Jet engines.'”

Harmon shared that he knew about jet engines with an Air Force background, and the patient perked up. He had worked at a NASA research center in Virginia, where Harmon had once been assigned. “He was literally a rocket scientist,” Harmon said.

Harmon acknowledged the racial stereotype behind his initial impression. He said that’s the kind of thinking that the AMA wants to confront. But he also noted that he took time to learn more about the patient and find common ground — something Black patients say white doctors often don’t do.

U.S. physicians, including AMA members, are overwhelmingly white. With roughly 270,000 members, the AMA represents just over a quarter of the nation’s doctors.

At this week’s meeting, one measure would have the group create guidelines to help hospitals, academic medical centers, and doctors’ offices make and prominently display anti-racist policies that clearly define racist behavior and “microaggressions.” Sometimes, subtle behaviors and actions can be as damaging as overt racism and bias, including assuming Black patients aren’t educated or that women doctors are cleaning staff.

Amid solid evidence that patients fare best when treated by physicians who look like them, another measure asks the AMA to bolster efforts to create a more diverse physician workforce. That would include advocating for programs to encourage interest in medical careers among high school and college students of different races, ethnicities, genders, and sexual orientations.

Other proposals on the meeting agenda ask the AMA to promote policies that don’t penalize medical students and doctors for wearing natural hairstyles or cultural headwear and policies against criminalizing transgender treatments.

Voting is scheduled for Monday through Wednesday. Harmon begins his one-year term as president on Tuesday. The plan comes at a time of racial reckoning and as Black physicians increasingly speak out against racism.

An HIV specialist in New York City said she never thought the AMA represented people like her — a Black woman whose parents hail from Ghana — until the health equity plan emerged. She organized a letter-writing campaign among doctors to urge AMA leadership to resist pressure against the project. “What they do matters for everyone,” Safo said. “We’re all watching. I hope they don’t back down.” Follow Lindsey Tanner on Twitter at www.twitter.com/LindseyTanner.

My Fertility Journey Didn’t Have A Magical Ending, But Here’s How I Got A Happy One