A new COVID-19 challenge: Mutations rise along with cases

The race against the virus that causes COVID-19 has taken a new turn: Mutations are rapidly popping up, and the longer it takes to vaccinate people, the more likely it is that a variant can elude current tests treatments, and vaccines could emerge.

The coronavirus is becoming more genetically diverse, and health officials say the high rate of new cases is the main reason. Each new infection gives the virus a chance to mutate as it makes copies of itself, threatening to undo the progress made so far to control the pandemic.

On Friday, the World Health Organization urged more effort to detect new variants. The U.S. Centers for Disease Control and Prevention said a new version first identified in the United Kingdom may become dominant in the U.S. by March. Although it doesn’t cause more severe illness, it will lead to more hospitalizations and deaths just because it spreads much more quickly, said the CDC, warning of “a new phase of exponential growth.”

“We need to do everything we can now … to get transmission as low as we possibly can,” said Harvard University’s Dr. Michael Mina. “The best way to prevent mutant strains from emerging is to slow transmission.”

So far, vaccines seem to remain effective, but there are signs that some of the new mutations may undermine tests for the virus and reduce the effectiveness of antibody drugs as treatments. 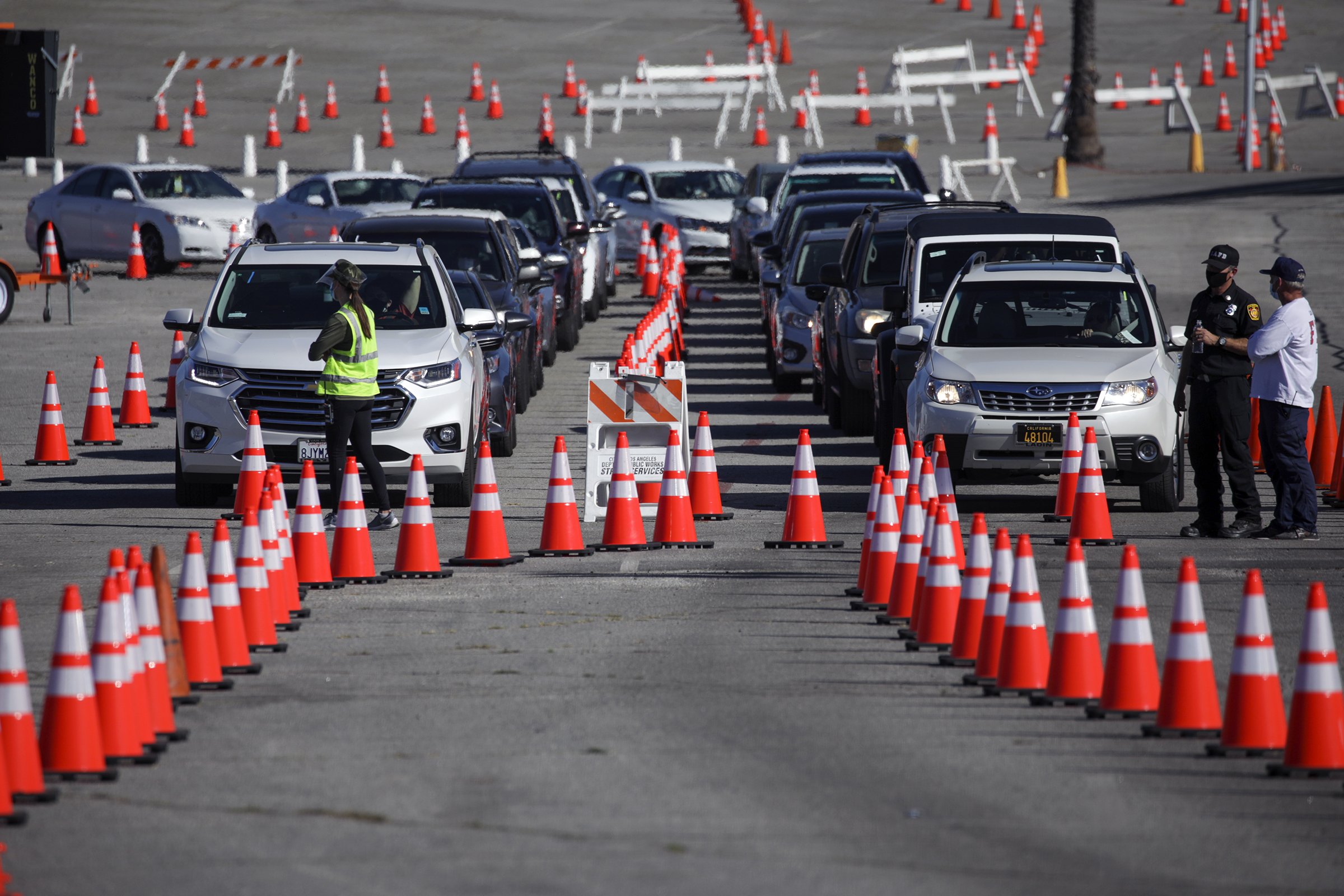 “We’re in a race against time” because the virus “may stumble upon a mutation” that makes it more dangerous, said Dr. Pardis Sabeti, an evolutionary biologist at the Broad Institute of MIT and Harvard.

Younger people may be less willing to wear masks, shun crowds, and take other steps to avoid infection because the current strain doesn’t seem to make them very sick, but “in one mutational change, it might,” she warned. Sabeti documented a change in the Ebola virus during the 2014 outbreak that made it much worse.

MUTATIONS ON THE RISE

It’s normal for viruses to acquire small changes or mutations in their genetic alphabet as they reproduce. Ones that help the virus flourish give it a competitive advantage and thus crowd out other versions.

In March, just a couple of months after the coronavirus was discovered in China, a mutation called D614G emerged, making it more likely to spread. It soon became the dominant version in the world.

Now, after months of relative calm, “we’ve started to see some striking evolution” of the virus, biologist Trevor Bedford of the Fred Hutchinson Cancer Research Center in Seattle wrote on Twitter last week. “The fact that we’ve observed three variants of concern emerge since September suggests that there are likely more to come.”

One was first identified in the United Kingdom and quickly became dominant in parts of England. It has now been reported in at least 30 countries, including the United States.

Soon afterward, South Africa and Brazil reported new variants, and the primary mutation in the version identified in Britain turned up on a different version “that’s been circulating in Ohio … at least as far back as September,” said Dr. Dan Jones, a molecular pathologist at Ohio State University who announced that finding last week.

“The important finding here is that this is unlikely to be travel-related” and instead may reflect the virus acquiring similar mutations independently as more infections occur, Jones said.

That also suggests that travel restrictions might be ineffective, Mina said. Because the United States has so many cases, “we can breed our own variants that are just as bad or worse” as those in other countries, he said.

Some lab tests suggest the variants identified in South Africa and Brazil may be less susceptible to antibody drugs or convalescent plasma, antibody-rich blood from COVID-19 survivors — both of which help people fight off the virus.

Government scientists are “actively looking” into that possibility, Dr. Janet Woodcock of the U.S. Food and Drug Administration told reporters Thursday. The government is encouraging the development of multi-antibody treatments rather than single-antibody drugs to have more ways to target the virus in case one proves ineffective, she said.

Current vaccines induce broad enough immune responses that they should remain effective, many scientists say. Enough genetic change eventually may require tweaking the vaccine formula, but “it’s probably going to be on the order of years if we use the vaccine well rather than months,” Dr. Andrew Pavia of the University of Utah said Thursday on a webcast hosted by the Infectious Diseases Society of America.

Health officials also worry that if the virus changes enough, people might get COVID-19 a second time. Reinfection currently is rare, but Brazil already confirmed a case in someone with a new variant who had been sickened with a previous version several months earlier.

“We’re seeing a lot of variants, viral diversity because there’s a lot of viruses out there,” and reducing new infections is the best way to curb it, said Dr. Adam Lauring, an infectious diseases expert at the University of Michigan in Ann Arbor.

Loyce Pace, who heads the nonprofit Global Health Council and is a member of President-elect Joe Biden’s COVID-19 advisory board, said the same precautions scientists have been advising all along “still work, and they still matter.”

“We still want people to be masking up,” she said Thursday on a webcast hosted by the Johns Hopkins Bloomberg School of Public Health.

“We still need people to limit congregating with people outside their household. We still need people to be washing their hands and really being vigilant about those public health practices, especially as these variants emerge.” AP Medical Writer Carla K. Johnson in Seattle contributed reporting. The Associated Press Health and Science Department receives support from the Howard Hughes Medical Institute’s Department of Science Education. The AP is solely responsible for all content.

Loops, the Limits of Language, the Paradoxical Loneliness of “I Love You,” and What Keeps Love Alive – Brain Pickings