5 States Responsible For Nearly Half Of New COVID-19 Infections

Nearly half of new coronavirus infections nationwide are in just five states — a situation that is putting pressure on the federal government to consider changing how it distributes vaccines by sending more doses to hot spots. 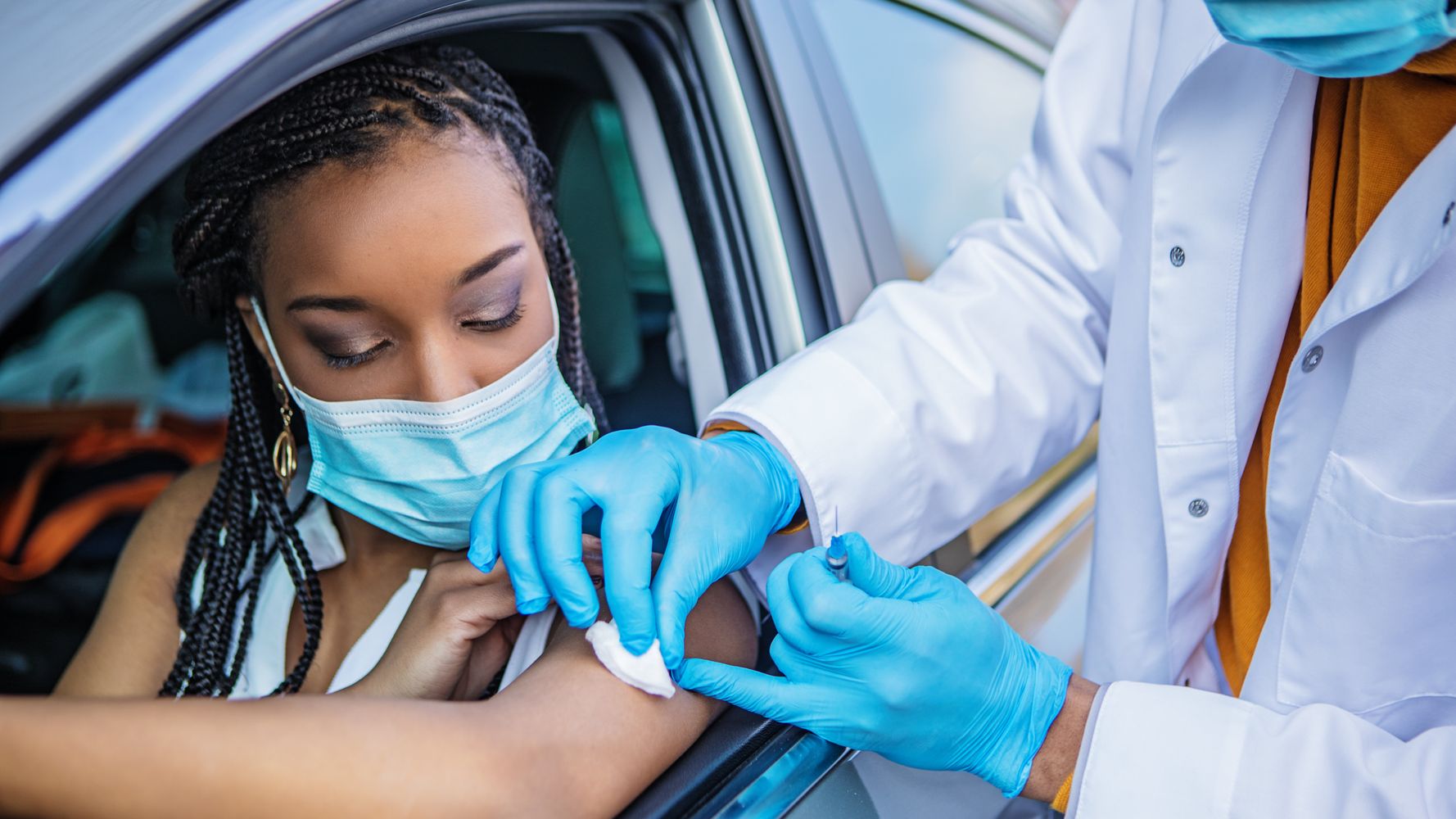 “You wouldn’t want to make those folks wait because they were doing better,” Geng said. “On the other hand, it only makes sense to send vaccines to where the cases are rising.”

So far, President Joe Biden’s administration has shown no signs of shifting from its policy of dividing vaccine doses among states based on population.

The spike in cases has been especially pronounced in Michigan, where the seven-day average of daily new infections reached 6,719 points Sunday — more than double what it was two weeks earlier.

Though Michigan has seen the highest rate of new infections in the past two weeks, Democratic Gov. Gretchen Whitmer has said she does not plan to tighten restrictions. She has blamed the virus surgeon’s pandemic fatigue, which has people moving about more and more contagious variants.

Whitmer got her first vaccine shot Tuesday after Michigan expanded eligibility to everyone 16 and older. Last week, she asked the White House during a conference call with governors whether it has considered sending extra vaccines to states battling virus surges. She was told all options were on the table.

In New Jersey, where the seven-day rolling average of daily new infections has risen over the past two weeks from 4,050 daily cases to 4,250, Democratic Gov. Phil Murphy said he is constantly talking to the White House about the demand for the coronavirus vaccine. However, he stopped short of saying he was lobbying for more vaccines because of the state’s high infection rate.

Murphy said Monday that vaccine shipments to New Jersey are up 12% in the last week, though he questioned whether that’s enough.

“We constantly look at, OK, we know we’re going up, but are we going up at the rate we should be, particularly given the number of cases we have?” Murphy said.

“I think what we need to do is try to continue to vaccinate, surge vaccine into those parts of the country,” Gottlieb said in a March 28 appearance on CBS’s “Face the Nation.” “So the incremental vaccine that’s coming onto the market, I think the Biden administration can allocate to parts of the country that look hot right now.”

Researcher Joshua Schwab of the University of California at Berkeley recently estimated that doubling the current vaccine allocation in Michigan for two weeks could reduce hospitalization admissions by 10,000 and deaths by 1,200 by July. He concluded that far more significant reductions could be achieved if extra vaccines were combined with some restrictions being put back in place.

Talk of sending extra shots to states struggling with outbreaks comes when the number of daily infections in the U.S. has fallen dramatically compared to a January spike following the holiday season. However, the seven-day average of everyday ailments has been rising slowly since mid-March.

The five states seeing the most infections stand out. California and Texas, which have vastly larger populations than Michigan, report less than half its daily conditions. And as of Tuesday, 31 U.S. states reported seven-day averages of fewer than 1,000 new daily cases.

White House coronavirus coordinator Jeff Zients said Tuesday more than 28 million doses of COVID-19 vaccines will be delivered to states this week. That allocation will bring the U.S. total to more than 90 million doses distributed in the past three weeks.

The news came as Biden announced more than 150 million coronavirus shots in arms have been administered since he took office and that all adults will be eligible to receive a vaccine by April 19.

According to the Centers for Disease Control and Prevention, about 40% of U.S. adults have now received at least one COVID-19 shot. Only 23% of American adults have been fully vaccinated — including more than half of Americans 65 and older.

Geng said the nation should take a step back and go slow. Even a few more weeks of Americans sticking with social distancing and other precautions could make a huge difference.

“The take-home message here is, let’s not jump the gun,” Geng said. “There’s light at the end of the tunnel. We all see it there. And we will get there. Slow and steady.”